SpacedDrone here, I've been in dissident politics for going on 5 years and have seen personalites come and go, witnessed many an infight, and did some IRL stuff too. Im in Texas (big enough state to avoid the doxx), and would like be here until you've had enough of us colonials. I origianlly found you guys while searching obscure Dlive channels. Im in my 30's, unmarried, and watch too much clarkson-era top gear; In decades past I would have been branded a loser, but that does not really distigush me from garden variety millenials, so dissident will have to do.

As best as I can tell I have norman ancestry, records indicate we came to england in 1066 (a significant year) and left for the new world early on, before proper colonial states were established. I wont go further than that.

I've never had community to rely on, we've always been surrounded by "diverse" neighbors, which typically are of a seedy or criminal persuasion, so creating a ward here is a non-starter, especially when going to someone's doorstep invariably requires trespassing. 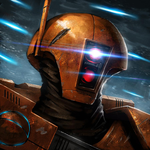 Re: I've joined your forum  ¶

Glad to have a fellow Yank. I know we're beginning a spreadsheet with general location info so that people near each other can exchange contact info. It's a bit basic, but it is a spreadsheet and you'd mentioned being good with them.

As for establishing a ward, not a problem. I'm assembling a team for online outreach as a way for people in hostile areas to still help us grow. It's mostly sharing links to the TIWWF streams, but also using existing social media if someone is comfortable doing so. You can reach me on the Discord or shoot me an email free.gamer00@yahoo.com

I check Discord daily, the email not quite as much.