I'm Jordan, also known as EuropaNews. Jo and I have created this shiny, new website and over time there will be more and more change. For the next few days there may be some instability but it will even out soon enough.

Looking forward to seeing you on the next "This is why we Fight" stream. Our streaming days are:

You can find us at:

I'm Boudica .. homeschooling housewife in Canada. My great-grandparents came from Britian and Wales, my husband is from Ireland. I sew and knit and have a knitting stream on DLive on Saturdays at 5pm UK time (12pm EST).

Hello Everyone. I Heard the latest stream today, very inspiring.
I see White Intentional Community as the first step out of our many dilemmas.
I wrote a booklet entitled Live The Dream, in 2013 outlining a blueprint for White community building, and was involved with White Independent Nation for awhile who established a WIC in Northeast England.

Hello, I'm Jo, living in England and the owner of TIWWF. I work alongside Jordan to create uplifting content to inspire and move our community to better itself, and create its own opportunities for prosperity. I hope you'll join us on our streams and be a part of our wonderful family. You can find us on Telegram at https://t.me/TIWWF or for the chat for this website: https://t.me/WhiteRoseandThorn.

I look forward to getting to know all of our wonderful community.

Hi everyone, I'm Peter. It's great to be here. I'm a computer software developer by trade but also run a health coaching business on the side (nutrition and fitness is my passion). On top of all that, I've been a prepper for 35 years so like to think I have a fair bit of knowledge to share (although I'm always learning), oh and I have three kids....

With my remaining spare time, I enjoy a glass of wine with my wife or going out on my harley davidson. 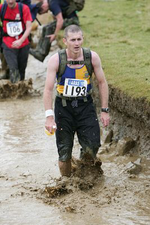 Found you through Dlive/Kiz because that platform is great but crap at signposting people to the content they need.

England resident, quality engineer in automotive/electronics by trade. Look forward to collaborating on solving problems with you guys. 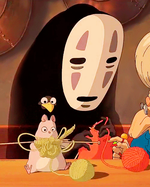 My name is Adam and I'm a self employed electrical engineer.

I live with my wife and son in the UK and I'm interested in boxing, martial arts, 3d printing, building and tinkering, philosophy, fascinated with survival stuff, camping and most recently going cycling with my son.

I look forward to meeting more people in our wonderful community as everyone thus far seems lovely. 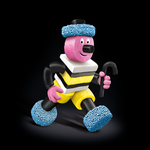 I'm an unmarried man in his 30s and live in the American South East. I'm ethnically Slavic, but I'm culturally a traditional American. I was raised on stories of King Arthur and Robin Hood along with classic BBC programs like Fawlty Towers and Keeping Up Appearances. I'm an amateur historian and have always been fascinated with the Roman Empire, medieval Europe, and the British Empire. Saved around 7 years ago, I'm a non-denominational Christian.

I've worked in politics and entertainment. My hobbies include gaming of all kinds, writing, and music.

We're stronger than we realize.